Gian Jyoti Institute of Management & Technologyorganized a seminar on Goods & Services Tax (GST).Dignitaries from Business and academicians were also present on the occasion. Renowned Chartered Accountant Keshav Garg was key note speaker at the moment. While speaking at the moment CA Garg said that GST is a much simpler tax. He narrated that trade interface with the Government shall be mainly through a state of the art IT platform to be operated by the GST Network – a special purpose vehicle with roll out of GST it will be possible for the trade & industry to focus more on their core functions. He explained thatGST will ensure seamless movement of goods throughout India making the country into an economic union in all senses of the term.

He further emphasized that GST expected to & the long queues on the State borders. He informed that a roadmap has already been prepared to roll out GST from 1st April, 2017 & the Government is proceeding according to the time plan. He clarified that GST is a tax reform for the benefit of trade & industry. He clarified that for dissemination of information among the stakeholder & taxpayers was an important aspect of the roll out plan to ensure a smooth & hassle free switch over. 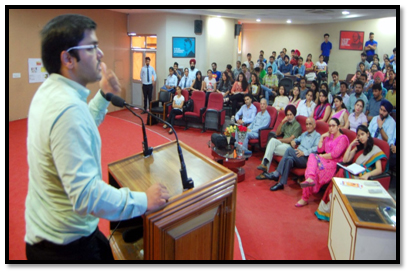 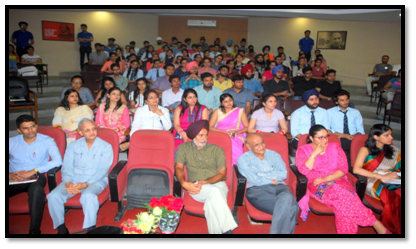