Candle Light March on the theme of “YaadKaroKurbani”

The Students and staff of Gian Jyoti Group of Institutions paid homage to the martyrs who sacrificed their lives to save the honour and pride of the country during the freedom movement and after the independence.

During the past 70 years India has been invaded by many neighboring countries and our Army has fought these wars so well that they replied to the enemies in a very befitting manner whether it was our officers, solders or civilians. Many lost their lives during these wars, to save the honour and pride of the country. It is impertinent to remember the sacrifices of those Hero’s who had laid down their lives during these wars.

To pay homage and remember those Hero’s  Gian Jyoti Group of Institutions organized a Candle March on the theme “YaadKaroKurbani” at War Memorial, Chandigarh. 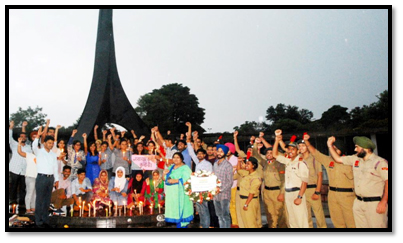 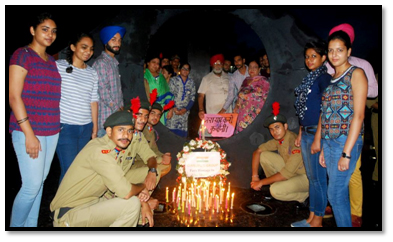